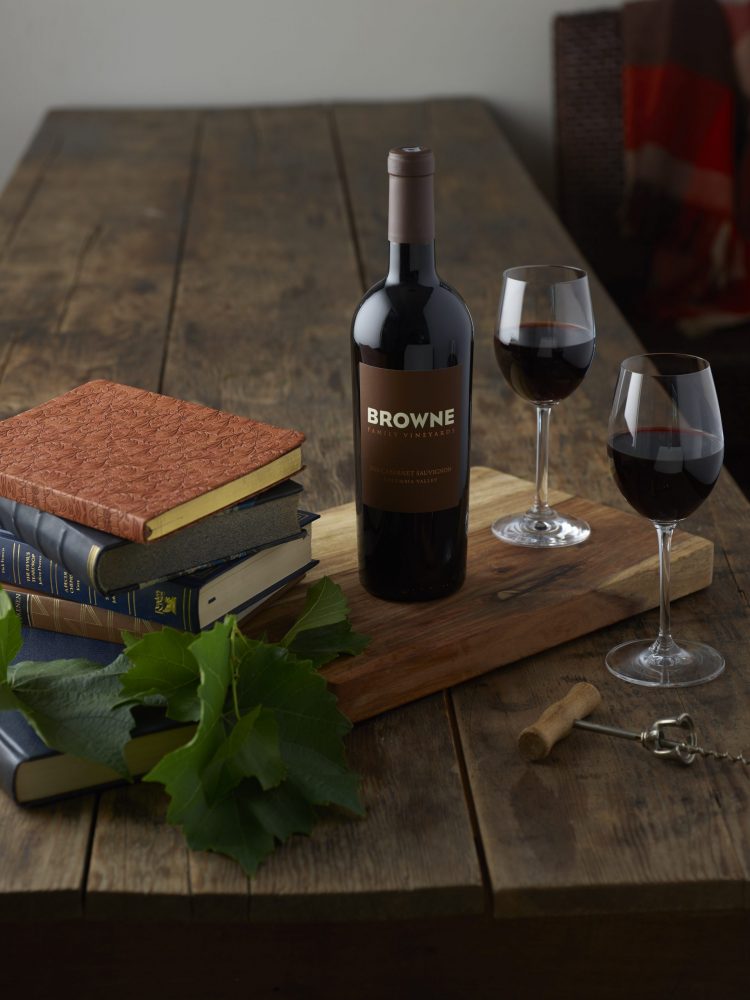 Cabernet Sauvignon is the undisputed king of red wines. It grows well in many of the world’s best appellations, producing uncommon depth and richness of concentration and depth. Cabernet finds its roots in Bordeaux, where the French have produced it since the 18th century. As likely to be bottled on its own or as a blend, Cabernet mixes well with Sangiovese in Tuscany, Syrah in Australia and Provence and of course, Merlot and Cabernet Franc in South Africa.

Still, its classic Bordeaux configuration stands tall mixing with Merlot, Cabernet Franc, Malbec and Petit Verdot helping to express its classic flavors – currant, plum, black cherry and spice as well as tertiary notes like mint, tobacco, cedar, anise and herb. With the micro-climates afforded to us in the Columbia Valley that help impart these aromas and flavors, it was only natural that the first wine we ever made was the king of wines – Cabernet Sauvignon. Our Browne Family Vineyard 2014 Cabernet Sauvignon is meant to stand the test of time with the notes of spice and currant and lingering finish with structured tannins. Enjoy!