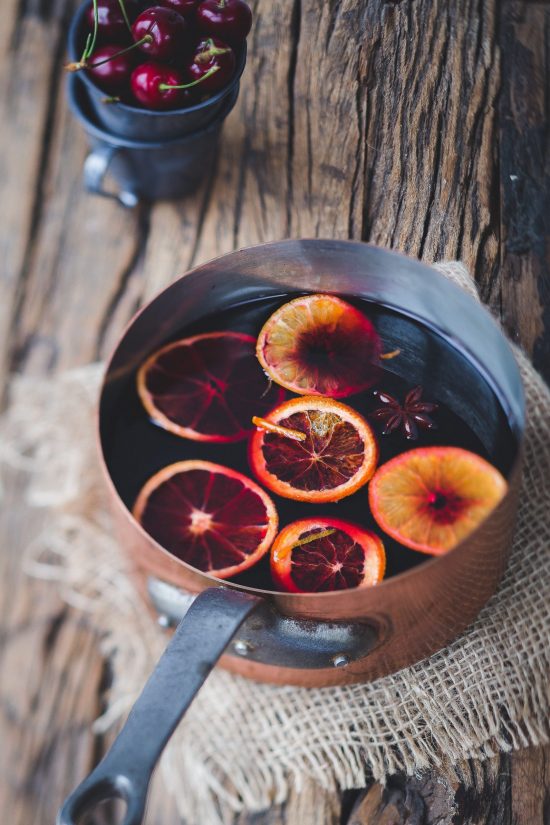 ‘TIS THE SEASON FOR A CUP OF HOLIDAY CHEER! And if you’re like us, one of those cups may very well be a glass of mulled, spiced wine. Simmering all day with spices, like cinnamon, cloves, honey, ginger or citrus, this aromatic beverage is perfectly enjoyed while dressing up your home for the holidays.
But how did mulled, spiced wine come to be? In your hands you’re actually holding a drink that harks back to the Greek empire? They are long credited with first heating their wine and adding healthful herbs as a way to ward off illness and cold temperatures. The Romans followed suit, but added honey, saffron and dates to batches they’d make up on the battlefields to fortify their men. Medieval Europeans tended to mull spices in their wine which served to fulfill both nutrition and hydration during the dark ages. Today’s cinnamon, clove and citrus version can be credited to the teetotalers of Britain’s Victorian Era who despite their moderation of alcohol, brightened their holidays with this special cup of cheer.