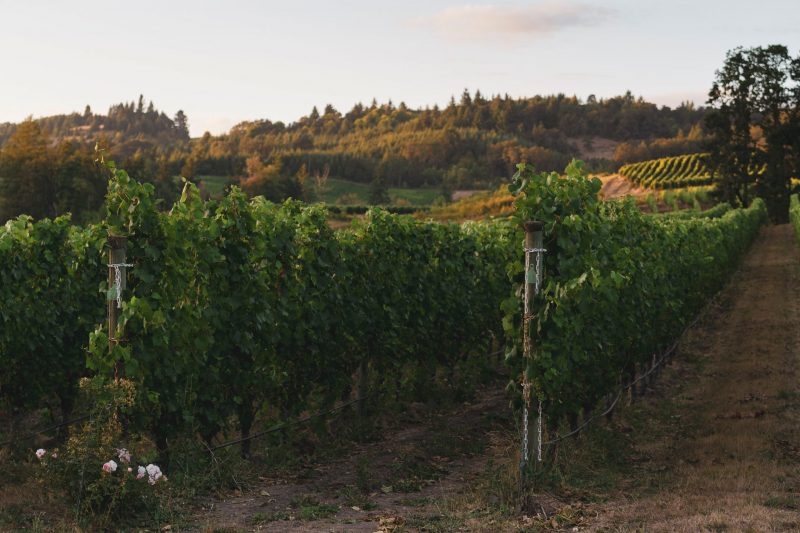 JUST 45 MINUTES OUTSIDE PORTLAND, OR, you’ll find yourself in Newberg where you could spend a whole weekend getting lost in Oregon wine tourism. A must-see is the Beaux Frères tasting room. Founded by Michael Etzel with the help of an investment from his brother-in-law, famed wine critic, Robert Parker Jr., Beaux Frères is named for the French term for brother-in-law. In 25 years since its first vintage, Beaux Frères has become one of the most prominent Pinot Noir producers in Oregon.
When Michael first discovered land in the northern Willamette Valley, he was just vacationing in Oregon
from Colorado where he was working as a wholesale wine salesman. With Parker as an investor, Etzel bought 88 acres on Ribbon Ridge and moved his family from Colorado and started working harvests at Ponzi winery while his vineyards matured. Michael harvested his first grapes in 1990 and in 1991 the brothers-in-law renovated one of the barns which led to the creation of Beaux Frères.
Recently, the second-generation family winery partnered with eighth-generation French family-owned Maisons & Domaines Henriot. The two families share the same philosophy on winemaking, which made the partnership a natural fit. Beaux Frères wines are made with an artisanal approach, focused on making unique wines, based on the place that makes them (not the people).
When you visit, seek out the Beaux Frères Ribbon Ridge Vineyard Pinot Noir – the 2014 vintage earned the No. 3 spot in Wine Spectator’s Top 100 Wines of the Year.