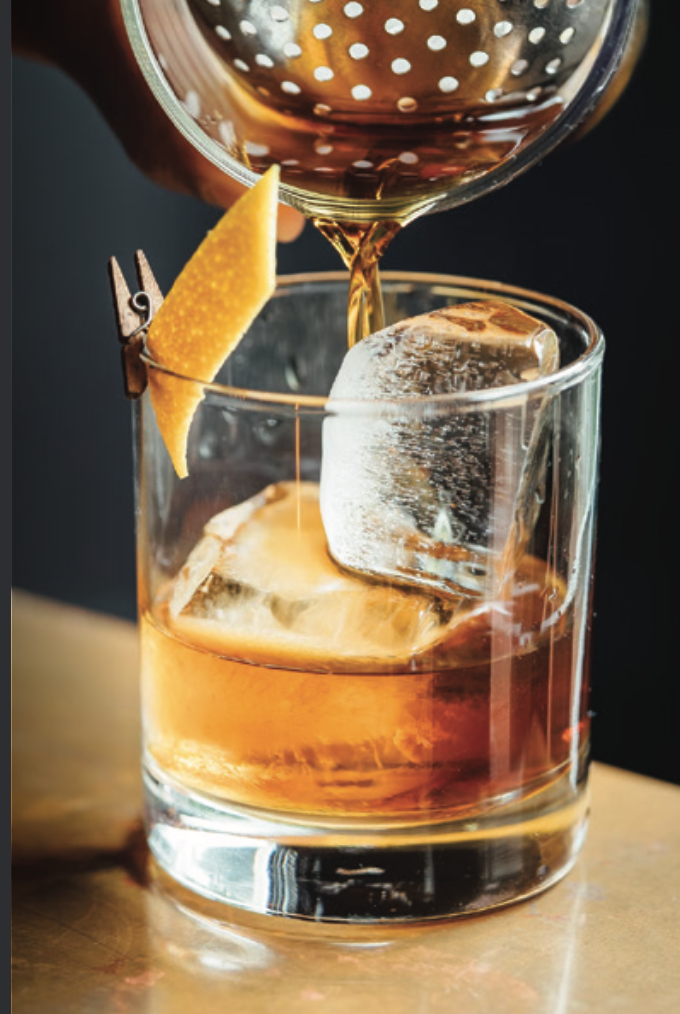 In doing research around spirits prior to the launch of Browne Family Spirits, I came across a story on Thrillist about famous writers and their favorite Bourbon drinks, which seemed apropos for this Spectacle.  Hemingway has his Daiquiri and Ian Fleming his Vesper, but bourbon, more than any other spirit, is the drink of choice for famous writers. Here, how to drink bourbon like five famous authors.

William Faulkner: In a Mint Julep

It comes as no surprise that William Faulkner, the bard of the South, had a taste for the traditionally Southern spirit. Faulkner was particular about how he imbibed. His preferred drink was a Mint Julep, and the museum at his house in Oxford still displays his favorite Julep cup. Like Hemingway who drank very specific Daiquiris, Faulkner preferred a less sugary version of the classic Julep, calling for only one teaspoon of sugar in his recipe. As precise as Faulkner was about his cocktail, the writer was a bit looser about the whiskey that went into it. He once said, “There’s no such thing as bad whiskey. Some whiskeys just happen to be better than others.”

Charles Bukowski: In a Boilermaker

Given his impressively diverse drinking habits, it’s hard to pin down Bukowski’s favorite drink. That said, he’s often affiliated with the Boilermaker, possibly because he legitimately enjoyed the classic combo of a shot and a beer, or maybe because it’s a true drink of the dive bars and back alleys Bukowski frequented. Our bet: It’s a little bit of both.

Dorothy Parker: In a Whiskey Sour

While she enjoys a namesake Gin from a New York distiller, to truly pay homage to the satirical genius, you need to make her actual favorite drink: a Whiskey Sour. Parker consumed her fair share of the tart tipples at the Algonquin Hotel, as a founding member of the Algonquin Round Table literary group.

Raymond Chandler: Neat (With a side of vitamins)

Chandler is often associated with the Gimlet, which makes sense given just how many rounds his protagonist Philip Marlowe consumes in The Long Goodbye. But the writer’s drink of choice was actually whiskey, which helped him break through a difficult bout of writer’s block. When they began shooting Blue Dahlia before Chandler had even started writing, he went to extreme measures to complete the screenplay on time. For two weeks he consumed nothing but bourbon, receiving supplemental vitamin shots from a doctor hired by the studio. With the help of six round-the-clock secretaries, a limo to shuttle pages to the lot as soon as they were ready, and an endless supply of bourbon, Chandler finished one of his greatest works.

Hunter S. Thompson: In a Shot or with Ginger Beer

Of the many spirits (and other substances) Thompson enjoyed, his favorite may have been Wild Turkey. The gonzo journalist infamously required his interviewers do shots of the bourbon with him before talking at all, and he supposedly ripped through 20 glasses during a meeting with a publisher, then “walked out as if he’d been drinking tea.” But Thompson didn’t always require the spirit straight. He sometimes preferred it with ginger beer.