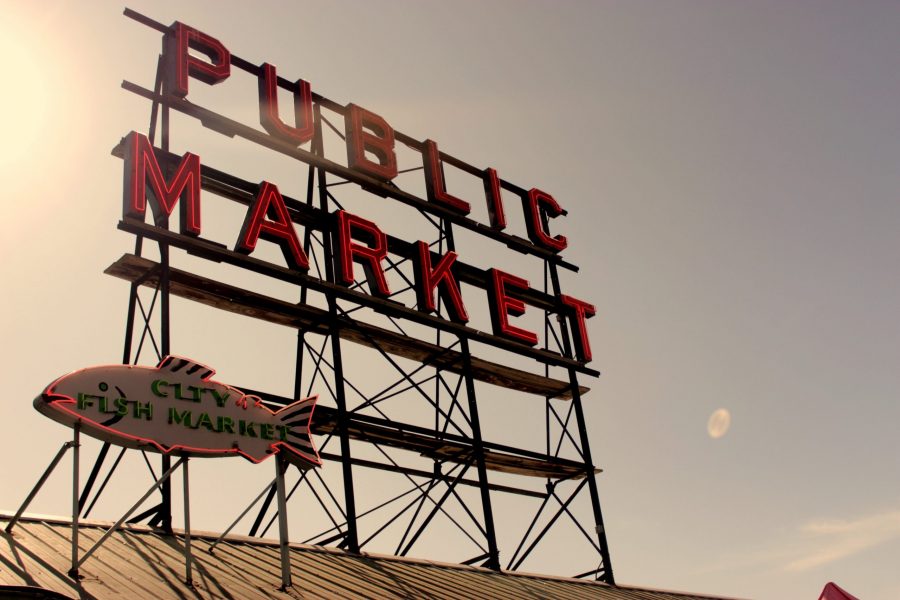 Seattle, like most great cities, is made up of a diverse collection of neighborhoods that when added together form something truly unique. The names will mean very little until you make the journey, but we want to give you a slice of what they mean to us in hopes that when your travels take you here, you’ll have a personalized guide to the Emerald City.

BALLARD: Once a sleepy fisherman’s neighborhood in the northwest part of the city, this neighborhood is now an eclectic mix of young hipsters, trendy families and active seniors who take their Nordic heritage seriously – just ask the 65,000 in attendance each year at the Lutefisk eating contest at the neighborhood’s Seafood Fest. People may come and go from the neighborhood, but great food remains a constant. You’ll find an all-star lineup of restaurants from Seattle’s most talented chefs that include the day’s fresh seafood to innovative tapas. Sundays, Northwest Ballard Avenue closes to transform into one of the city’s largest year-round farmer’s markets as well. Ballard also boasts two major parks, the Hiram M. Chittenden Locks – watch boats sail from fresh water to open water – and Golden Gardens where beachside bonfires abound.

QUEEN ANNE: The beating heart of culture in Seattle belongs to Queen Anne. On the lower half of the hillside, you’ll find the Opera House, Pacific Northwest Ballet, a myriad of independent stage and cinematic theaters, and of course, Seattle’s Pacific Science Center and the Space Needle. Built for the World’s Fair in 1962, this area was dedicated to helping convey how technology and science would shape our lives in the 21st century. It still operates with a full schedule of events from concerts and rotating gallery series to the roller derby. Half-way up the hill, don’t miss the best view of Seattle from Kerry Park. Finish your climb to the top, and you’re rewarded with 10 blocks of charming sidewalk bistros, bars and shops.

CAPITOL HILL: Funky and fast-paced with endless blocks of cutting edge shops, urban galleries and food trends. In “CapHill,” the only constant is change spurred by never-ending generations of 20-somethings who keep it humming at a frenetic pace. In the words of Kurt Cobain, “come as you are,” as individuality is must and fashion statements are always encouraged – but it’s also the hub of Seattle’s music scene. Spend the afternoon picking through the latest and oldest vinyl at Sonic Boom, visit the Jimi Hendrix statue at Broadway and Pine and then open your ears for a full nightly billing of current music at historic area venues like Neumo’s and Chop Suey.

PIONEER SQUARE: The roots of the Emerald City are buried beneath the modern streets and out of sight from the shiny skyscrapers. The world-famous Seattle Underground Tour takes you to the brick buildings and allies that forged the city’s logging and gold rush booms. Modern Seattle was built on top of this area after a great fire destroyed much of the original city in 1889. Finish by heading up to the observation deck of the Smith Tower—one of the world’s first skyscrapers—to see an amazing view of Seattle. If staying in the modern era is more your speed, take part in the giant art walk hosted the first Thursday of each month. Follow it up with a trip to Seattle’s oldest bar, the Central Saloon, which was established in 1892. Be sure to nosh on the famed Seattle Dog – a smoked sausage with caramelized sweet onions and cream cheese – that the cart vendors are selling.

DOWNTOWN & WATERFRONT: Walk Pike Place Market in the afternoon and check out the flying fish from Pike Place Fish Co. or other local, artisanal crafts and products or find your way to the flagship Nordstrom for some retail therapy. Just know that when the high-rise offices shut-down, Seattle still hums with activity street-side. Visit the Seattle Art Museum (SAM) or take in a show at the 5th Avenue Theatre or the Paramount or a concert with Seattle Symphony at Benaroya Hall or jazz at the Triple Door or Zig Zag. Don’t have a boat, but want to get on the water? Hop an Argosy cruise ship for a tour of the Puget Sound, plan a trip with Let’s Go Sailing, or discover one of the islands by hoping on one of the walk-on ferries operated by the state.

INTERNATIONAL DISTRICT: Anchored by one of the most intriguing pan-Asian markets in the U.S. – Uwajimaya – the International District (ID) is chalk-full of Asian-inspired trinkets and authentic cuisine, which is reason enough to dedicate a day here. Eat your way through hand spun ramen, sample Peking duck, indulge in a steaming bowl of Phó and top it off with Chinese or bubble tea and Asian baked delights. The ID also has a flare for festivals. Ring in the Lunar New Year celebration, the Moon Festival and Bon Odori, one of the most important Buddhist holidays of the year and revel in the traditional food, drink and ceremonial dress and dance.

FREMONT: Always the life of the party, Fremont finds a reason to celebrate all year long. With a bevy of craft breweries, cideries, wine bars and distilleries you can try just about anything you can ferment. What really drives this district is its sense of the weird. You can find the troll living under the Aurora Bridge, a 16-foot statue of the Russian communist and political scientist, Vladimir Lenin, and of course, The Solstice Parade. Not one district celebrates the longest day of the year quite like Fremont. Get there early as thousands of people line the streets to see handcrafted paper mache floats and the naked cyclists. A life lived on the creative side is what Fremont is all about, so stop in at any number of the boutique and antique stores.

SOUTH LAKE UNION: If being lakeside is your thing, South Lake Union is the place to be. Bustling with startups in technology, business and medicine the nucleus of Seattle’s science community exists here. It wasn’t always this way, though, and it shows. A quick jaunt down to the water’s edge reveals dry dock boat repairs and the Museum of History and Industry (MOHI), which relates the tale of Seattle’s past, present and future. Learn about how Seattle’s hillsides were terraced to establish business and transportation, how Boeing first took to the skies and how Microsoft brought our computers to life. Walk a few more steps and visit the Center for Wooden Boats, learn how to sail or paddle a dragon boat, or take a class on carving your own wooden boat.

WEST SEATTLE: Away from it all and still a part of everything, you connect to West Seattle by a bridge or water taxi. It marches to its own beat and has a distinctly unique culture and attitude. It’s worth the trek here as it’s truly a small town in a big city. Head to sandy beach front of Alki where you can walk for miles taking in the vistas of the city and the Olympic Mountains or play a pick-up game of beach volleyball. Head up to California Avenue for a supreme burger and the beers of Elliott Bay Brewing Company and don’t forget to stop by Lincoln Park, which boasts a real saltwater pool for recreational swimming during the summer months.

Seattleites will always give their recommendations for hidden gems around the city, but to get you started here’s a few of ours. Hope to see you soon!

Top 12 MUST DO’s:
1. Visit Pike Place Market and while touring be on the look-out for the original Starbucks, flying fish, Pike Place Pig and the Gum Wall.
2. See the foundations of Seattle in Pioneer Square and take the Seattle Underground Tour.
3. Find the fearsome Fremont Troll under the Aurora Bridge.
4. Enjoy sky-high cocktails atop the Space Needle.
5. Stroll around the Pacific Science Center, the EMP and the Dale Chihuly Garden and Glass, located beneath the Space Needle.
6. Wander around Seattle Art Museum and the galleries of Pioneer Square, to find local artists and a rotating curation of the world’s treasures.
7. Scope out Seattle’s waterfront for fresh seafood, like Dungeness crab cakes and oysters, then enjoy a sunset view from the Seattle Great Wheel.
8. Hop a ferry ride to Bainbridge Island.
9. Soar above it all with a Kenmore Air seaplane excursion to the San Juan Islands.
10. Take in flagship store shopping at Nordstrom, climb the rock wall at REI and find adventure gear at Filson.
11. Become a Seattle sports fan for the day by catching a Seahawks football game, Sounders soccer match, Mariners baseball game or travel up to the University of Washington to take in collegiate level football, basketball, baseball and crew.
12. After watching the UW Huskies win, be sure to grab a burger from the famed Dick’s Drive-In.

LOCAL WONDER: Filson
“Might as Well Have the Best” is Filson’s modest logo. It’s something we see all the time: “World’s Best Burrito,” “Best Margaritas in Fargo!” “World’s Best Rubber Bands,” the list goes on and on ad nauseam.

Since the beginning of modern advertising, a brand, service or person has sought to capture this title even for the most fleeting of seconds after which inevitably another brand swiftly maneuvers to take its place atop the “World’s Best” charts. This has happened so often that the phrase hardly means anything to many consumers. The phrase is worn-out, tired and consumers equally so after purchasing products that have fulfilled nothing but empty promises.

And yet, just when we’re ready to stop believing in the promise of something truly world-class we are surprised. Sometimes, something really is best and Filson IS the best. Established in Seattle in 1897, 23 years before Eddie Bauer and 41 years before REI, Filson made clothes for the hearty frontiersman headed to try their fate in the Alaska Wilderness in search of precious tidbits of gold, hoping to turn the tide of their own fortunes. In a time where the clothes you wore and the gear you carried made the difference between life and death. While Eddie Bauer and REI sought their fortunes among weekend warriors and urban/suburban consumer fit sets, Filson has continuously, quietly turned-out the highest quality outdoor gear manufactured in America.

If you took that Gold Rusher and dropped him in the new flagship store, sure he’d be agog at the Stanley vacuum thermos and the presence of women’s wear, but he could still buy the same wool Mackinaw cruiser and tin cloth pants to keep him warm and dry.

Everyone talks about heritage and tradition these days, but there is something to be said about a garment that hasn’t fundamentally changed in more than 100 years, simply because there is nothing to change. No, it’s not the lightest, you can’t throw in your washer with a Tide Pod and have it pop out looking like new, but that’s not the point.

It is the best at what it does, protecting from the elements. The scuffs, scrapes and fading tell the story of your adventures – the leather handles soften and give to the imprint of your hand over time and the canvas duffle mocks even the surliest of baggage handler.

The gear becomes an essential part of you, so much so, that leaving the house on a trip without your duffel and waxed coat feels as wrong as leaving without pants.