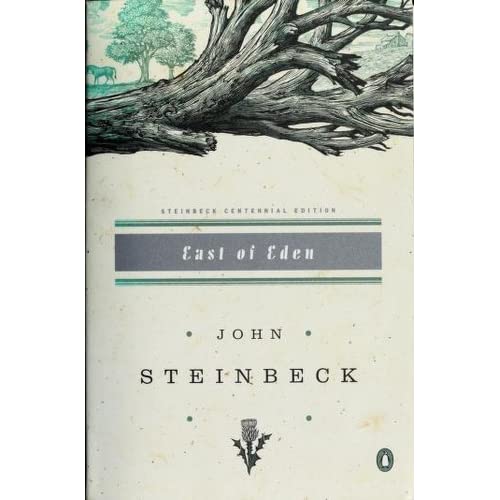 I recently re-read one of my favorite books, John Steinbeck’s East of Eden. I could not help but be struck how well this masterpiece novel fit our current state of being in 2020. In particular, the first words of chapter 13 are so powerful, moving and are suited so well to what we are going through and facing into the future. We are going to have serious hurdles in the coming chapter of our lives, our country, and our planet, But, we have the opportunity individually and collectively, as citizens of the world, find the sparks that generate what Steinbeck calls “The Glory,” that sense of enlightenment, awe and rapture all wrapped together. I hope this passage ignites you as much as it does me.

Sometimes a kind of glory lights up the mind of a man. It happens to nearly everyone. You can feel it grow or preparing like a fuse burning toward dynamite. It is a feeling in the stomach, a delight of the nerves, of the forearms. The skin tastes the air, and every deep drawn breath is sweet. Its beginning has the pleasure of a great stretching yawn; it flashes in the brain and the whole world glows outside your eyes. A man may have lived all of his life in the gray, and the land and trees of him bark and somber. The events, even the important ones, may have trooped by faceless and pale. And then — the glory — so that a cricket song sweetens his ears, the smell of the earth rises chanting to his nose, and dappling light under a tree blesses his eyes. Then a man pours outward, a torrent of him, and yet he is not diminished. And I guess a man’s importance in the world can be measured by the quality and number of his glories. It is a lonely thing, but it relates us to the world. It is the mother of all creativeness, and it sets each man separate from all other men.

I don’t know how it will be in the years to come. There are monstrous changes taking place in the world, forces shaping a future whose face we do not know. Some of these forces seem evil to us, perhaps not in themselves but because their tendency is to eliminate other things we hold good. It is true that two men can lift a bigger stone than one man. A group can build automobiles quicker and better than one man, and bread from a huge factory is cheaper and more uniform. When our food and clothing and housing all are born in the complication of mass production, mass method is bound to get into our thinking and to eliminate all other thinking. In our time mass or collective production has entered our economics, our politics, and even our religion, so that some nations have substituted the idea collective for the idea God. This in my time is the danger. There is great tension in the world, tension toward a breaking point, and men are unhappy and confused.

Our species is the only creative species, and it has only one creative instrument, the individual mind and spirit of a man. Nothing was ever created by two men. There are no good collaborations, whether in music, in art, in poetry, in mathematics, in philosophy. Once the miracle of creation has taken place, the group can build and extend it, but the group never invents anything. The preciousness lies in the lonely mind of a man.

And now the forces marshaled around the concept of the group have declared a war of extermination on that preciousness, the mind of man. By disparagement, by starvation, by repressions, forced direction, and the stunning hammerblows of conditioning, the free, rowing mind is being pursued, roped, blunted, drugged. It is a sad suicidal course out species seems to have taken.

And this I believe: that the free, exploring mind of the individual human is the most valuable thing in the world. And this I would fight for: the freedom of the mind to take any direction it wishes, undirected. And this I must fight against: any idea, religion, or government which limits or destroys the individual. This is what I am and what I am about. I can understand why a system built on a pattern must try to destroy the free mind, for that is one thing which can by inspection destroy such a system. Surely I can understand this, and I hate it and I will fight against it to preserve the one thing that separates us from the uncreative beasts. If the glory can be killed, we are lost.