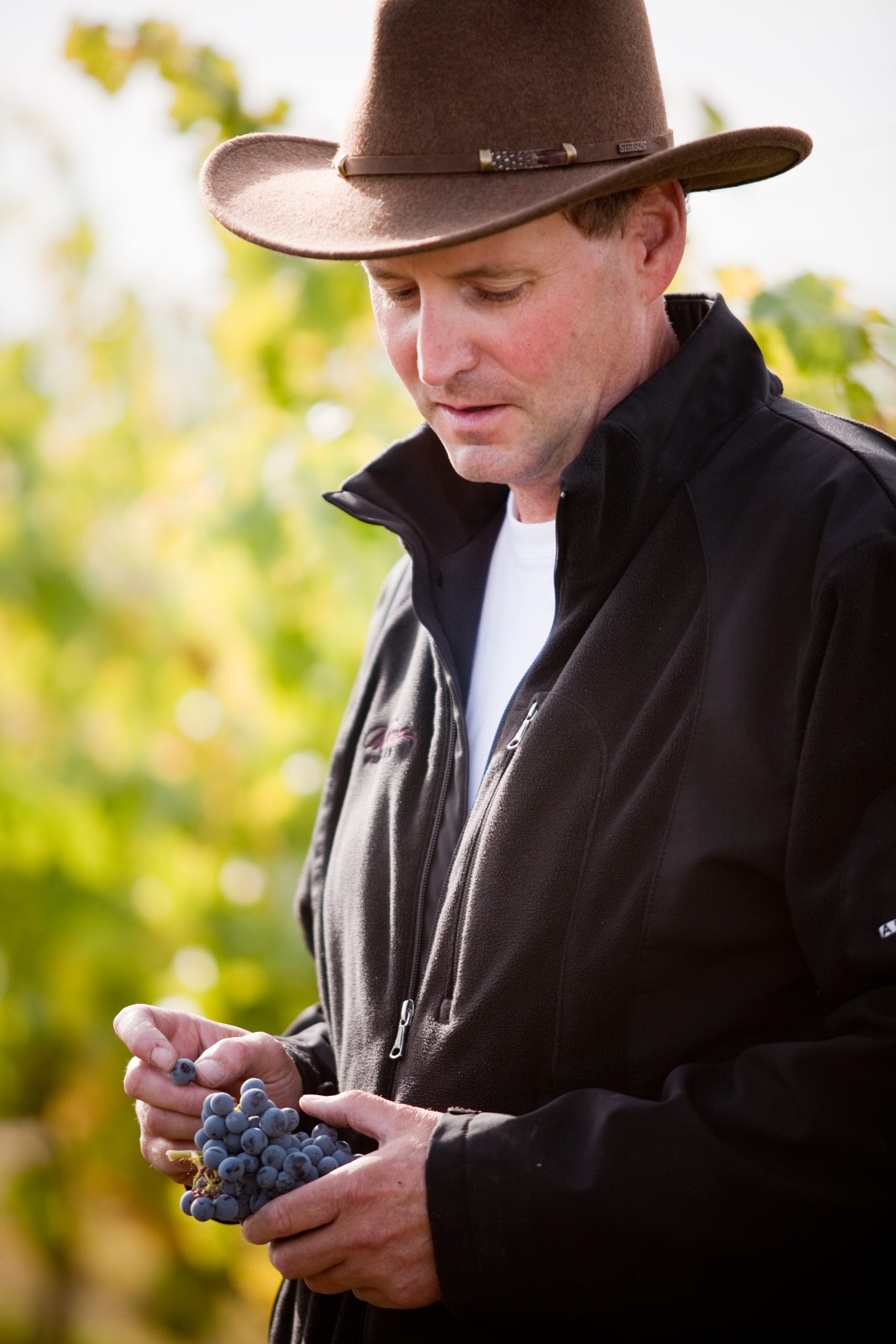 One of the busiest people at our company during harvest is this man, who leads vineyard operations at Browne Family and has for the past eight years. As an individual who has traversed the vital industry roles of grower, winemaker, winery owner and operator, mentor, philanthropist, supplier and today a wine executive responsible for Precept Wine’s 4,200 vineyard acres across the Pacific Northwest—combined with a lifetime of farming in Prosser, David’s roots in Washington’s wine industry run as deeply as the vines he tends.

David is a third-generation Prosser farmer; his paternal grandparents were grain and small dairy producers; maternal grandparents were wheat farmers. In 1982 when David was just 14, he and his dad began planting vinifera on the family estate. The next year, Yakima Valley became an official AVA. Minick was the first to produce a standalone Pinot Gris in the Yakima Valley (possibly among the first in Washington State) 20 years ago (1995). Today, in addition to growing grapes for his acclaimed Willow Crest Estate Winery, his Minick Estate vineyard has been a relied-upon source for the best wineries in the state and Dave himself for knowing most everyone in the wine business, nearly every vineyard in the heart of Washington wine country and most importantly, where and what to plant.