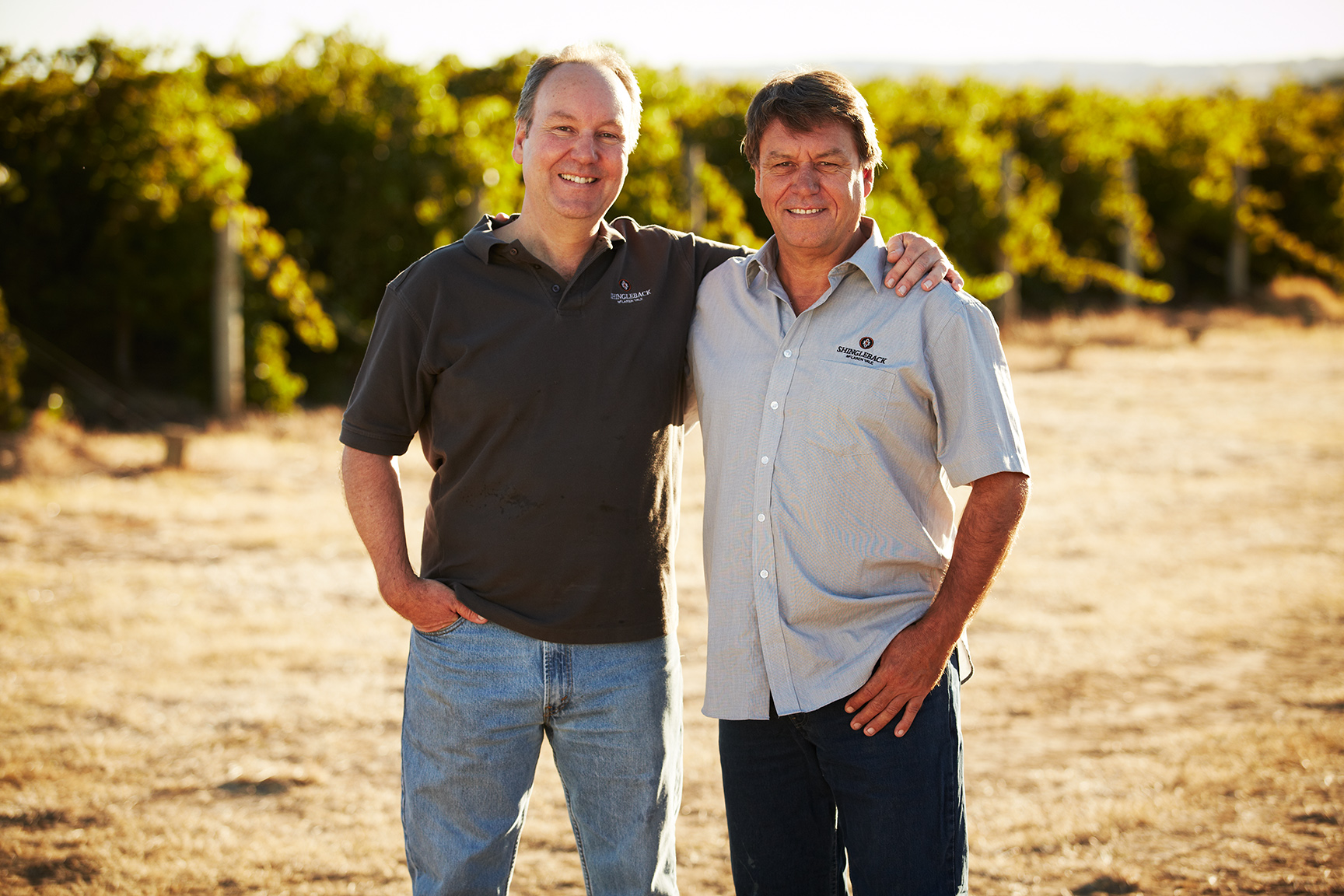 Like most winemakers, John Davey adheres to the adage that “great wine begins in the vineyard,” but few winemakers can claim the enviable position that John enjoys today – that of overseeing winemaking from vine to bottle, an advantage that John believes gives the McLaren Vale-based Shingleback wines a competitive edge.
After graduating with credit from South Australia’s Roseworthy College with a Degree in Oenology, and winemaking with other wineries, in the 1990s John and his brother Kym combined their talents to develop the sustainably-managed Shingleback Vineyard on property owned by the family since the 1950s. Countless 90+ scores and one Jimmy Watson Memorial Trophy later, the Davey brothers have illustrated how a midsize Australian winery cannot just endure, but thrive and grow internationally.
Where John works on the meticulous winemaking side of the business, Kym is the traveling ambassador for the winery. Known as a work hard, play hard individual, when he’s not a steward of community water conservation and working with the wine trade promoting Shingleback and Red Knot, you’ll find Kym racing motorcycles, ranching, and making rooster tails on ocean watercraft just a short drive from the Davey Estate.