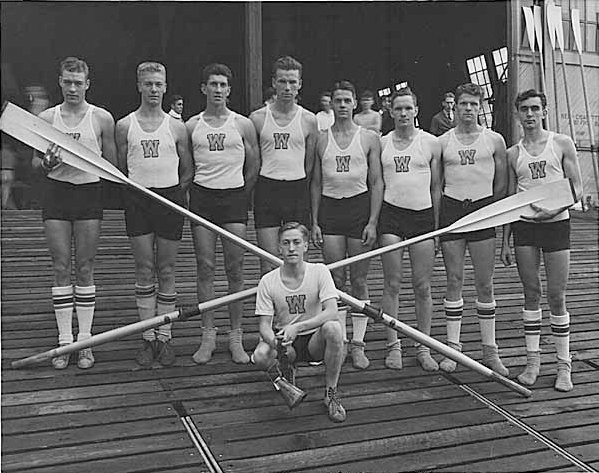 Daniel James Brown’s retelling of the University of Washington’s nine-member crew team and its quest for gold in the 1936 Olympic Games in Berlin reads like a nail-biting Hollywood film.

The sons of loggers, shipyard workers, and farmers from the American West, these boys took on and defeated successive echelons of privilege and power. They vanquished the sons of bankers and senators rowing for elite eastern universities. They defeated the sons of British aristocrats rowing for Oxford and Cambridge.  And finally, in an extraordinary race in Berlin they stunned the Aryan sons of the Nazi state as they rowed for gold in front of Adolf Hitler.

There are elements of heroism, determination and grit that honor this fine generation of men. Read it!